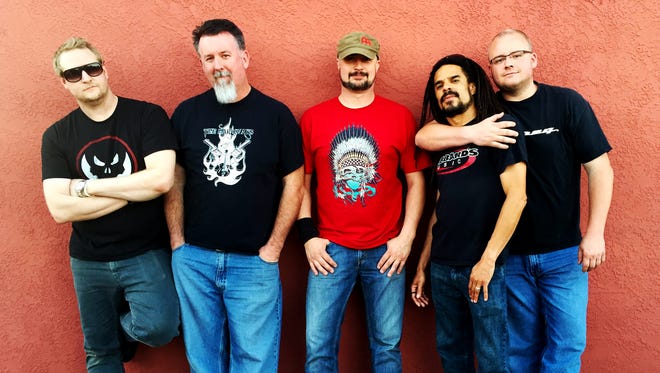 Your band name guys is very unique. What is the story behind your band name?
The name Cordova came up in the usual word association type conversation that most band names come up in. After saying no to probably 200 different names, Cordova was a word that popped out that didn’t automatically get shot down. Given it’s rootsy connection to our area of the country, it seemed to fit in a way that few others could have. It’s become like a comfortable pair of shoes at this point, and feels like it was just meant to be.

You just released your new EP “Runaway Summer“ tell us more about the recording process.
Runaway Summer was recorded at PL Studios, a modest home studio in our hometown of Las Cruces, NM. We concentrated on getting great sounds and honest performances without a bunch of studio trickery that lent themselves to revealing the songs in a way that we felt could best connect with the listener. Once we finished the recording process, we sent the tracks off to our long time friend and mix engineer extraordinaire, Matt Boudreau in the Bay Area of CA to mix the record. He suggested we send the final mixes to Kim Rosen at Knack Mastering in New Jersey to add the final touches, and couldn’t be happier with the end result. Safe to say the record has traveled the country in the process of being completed, and the long journey was more than worth it.

Also, music videos now are an important tool for promoting any music material. Are you thinking of filming something soon for Runaway Summer?
We do have some music videos, both new and old, up on our YouTube page. Specifically for this record, we have a lyric video for ‘Trigger Happy’ done by our great friends at Disintegrator Films in El Paso, TX. We also have a video for the track ‘Summer’ in the works, and plans for more in the future!

There were no much solos in your latest EP, and that one you did are brilliant. Also, it’s known that it’s one of the main factors that describes hard rock. What do you think of that?
In the totality of the music that we’ve recorded, there are guitar solos in some songs, and none in others. In the end, we feel like solos should go where they fit, and not just be shoved into a song just for the sake of adding one.

You’re planning for some festivals and gigs ahead, is there any difference for a band while preparing for a festival and local gig, or it’s the same?
As far as planning for shows, both big and small, we try to stay in a constant state of ready so we’re always prepared for a show that might come up on short (or no, LOL) notice. The standard that we hold for our live performance doesn’t differ from a festival slot, as support for a national act or anything on the local or regional level.

Your old school influences are so clear in your music; isn’t this challenging now to the current music industry and how the market goes?
We do proudly embrace all of our influences, both old and new. The thing that attracts us to a lot of older music is it’s sincerity and the fact that there’s not a lot of added elements to the recordings that the bands can’t accomplish in a live setting without the addition of things like backing tracks, or dance routines. We feel like there’s definitely an audience that exists for musicians that write honest songs about things that exist in all walks of life; positive, negative
and everything in between.

In 2016, you won the “Speaking Rock Battle of the Bands”, tell us more about that moment and how was it profitable for the band career.
Winning the Battle of the Bands at Speaking Rock was a huge boost not only to our feelings on the validity of the band, but undoubtedly set us up to have the monetary resources to take a step up in our approach to working with the recordings and following through to the end result with these songs. It has allowed us the freedom to take a lot of the burden we’d normally assume out of our hands and place it in the care of professionals who are on an entirely different level in their chosen expertise.

Your lyrical themes shows a diversity. But aren’t you considering a concept album someday, I believe it would fits the band style, or what do you think?
Oliver writes lyrics that are influenced by the things that affect all of us, in any walk of life. The pressures, successes and the dark side that exist within aspects of life, death, mass media, social media, raising children, maintaining relationships, and the ways that any of those can be a curse or a blessing depending on the circumstances surrounding anyone at a given moment. While there are no current plans for a concept album, we certainly don’t put it out of the realm of possibility, and something like that could be really great if we decided to pour our energy into it.

Okay, for sure I would like to finalize with; what are your plans for the future?
Like every band out there that’s struggling to find a foothold and attract listeners, our plans for the future revolve around total, global domination and success… but at the moment we’re content focusing on more realistic things like continuing to grow our audience in the ever changing and challenging world of this business of music. The ultimate goal is to spread our songs as far and as wide as we can, and hope that the listener connects with the simple truths that are conveyed throughout the record.