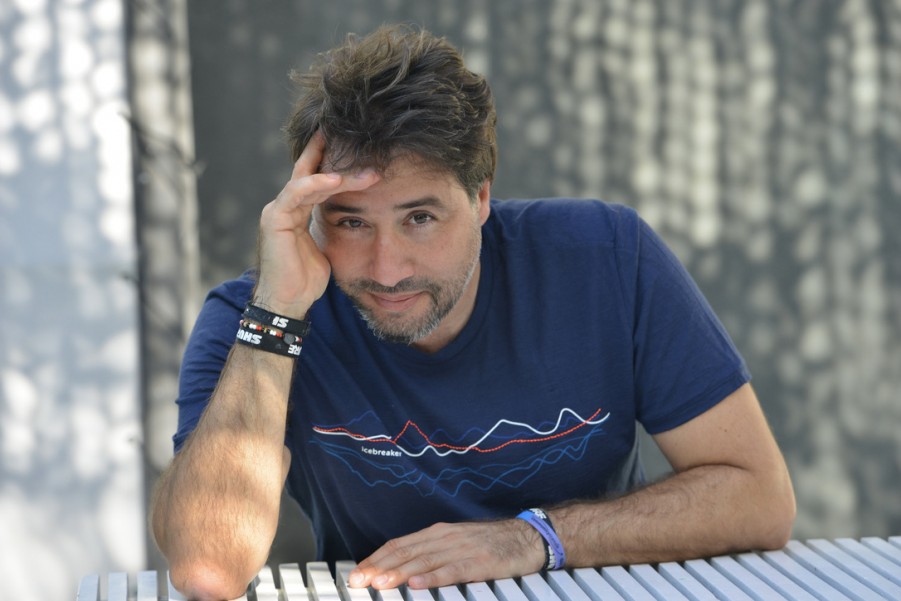 ● First, I salute you for such an impressive output! Tell me when exactly your music journey started?
Thank you! My journey in making music started about eight years ago. I am not a trained musician. From humble beginnings of a garage band of a few middle-aged otherwise professionals, there came a point when I dared to make a record music. I learned as I went. It has been wonderful for me.

● What’s the story behind the nickname Barista?
There really isn’t one. I wish I could tell you a catchy anecdote about it, but it’s really one of the few things in my life that I did without much thinking. Normally, I am an over thinker. But in retrospect, I can say that in a small part it is connected to my big love and passion for coffee, but in a bigger part I think I wanted to describe the kind of music that I wanted to make: the name was meant to emphasize the craftsmanship, the old school toil and sweat, central themes and all-live instrumentation, rather than the computer generated thing that the music industry has come to today. In short I think I wanted to stay the small town craftsmanship versus big shot entrepreneur.

● Your debut album ‘Daydream’ was released in 2014 and the second ’57’ was in 2016. It seems both were in a different musical direction than ‘Open Sesame’ right?
I just wanted to express whatever came from within. I wasn’t really thinking of a direction except to try to make good music with substance and purpose. What has changed over the years is reflective of what I learned as I went, especially considering I started from absolutely nothing in terms of musical know-how. But I believed in emotion, sentiment, and the inner dimensions that music could express.

● ‘Open Sesame’ consists of a lot of volumes, so it wasn’t a bit risky to release such an album since artists nowadays prefer to give a reasonable gap between one album and another.
Since I’m not looking for material advances, fame, and a place in today’s music industry, I just did not look at it that way. It’s all about whatever feels right, rather than whatever is suitable. You might say, in that respect, I am a ‘strange’ artist.

● While checking ‘Open Sesame’ I noticed the masterful diversity. Was this planned during songwriting to make such diversity?
Not in a master plan. There were certain things that I wanted to do, such as a combination of electronic dance music and rock, a modern interpretation of classic rock, songs with Turkish lyrics in ass-kicking rock tunes…. But I also like expressing different emotions, experiences, and states of being, I don’t like to be repetitive. If there’s diversity, it’s because we go through a lot of stuff and feel differently about them and learn different things from them.

● Although you mentioned the point of it isn’t for commercial trends, still you were keen to have a strong recording lineup. Tell me more about this process.
Simon is my idol and a source of inspiration. His technique, sound, and flow are instantly recognizable. I became a fan when I first heard him play for Mick Jagger, and when he joined Toto, Toto for me became a super band for me. I went to Vienna to see a Toto concert, and had a chance to briefly meet him there. What I had seen it all the videos and interviews was true: above his superior musicianship, he was this easy-to-approach, humble person. I mean, none of this new, flashy drummer thing with all the tattoos and exaggerated hair, so driven to make a lot of noise on the drums and dominate the scene etc. He inspired me to start playing the drums. I imitated his style, fills, attacks etc. I put together a drum set that was almost a copy of his. Years later, when I approached him with the prospect of Open Sesame and he accepted to be a part of it, I traveled to Ojai and saw him in action in the studio. When he plays, the song really starts to feel like a record. I still don’t understand how he can get that sound out of the drum set. Of course, needless to say, he ruined the drums for me.

I got to know Jesse thru Simon, and I can say that the vocalists, namely, Rudiger, Sara, Nicole, Lydia are my personal discovery. Of course, they all are top level musicians with their perspective and skills in music, recording, sound, arrangement etc. It’s hard to explain, but they are also professional and humble. Everything moves smoothly according to plan, without glitch. These are very rare traits these days. A lot of stuff is done online, but I traveled to California 3 times for recordings. The whole work went very meticulously. Simon perfectly applied the schematics in my head to the recordings, and when he starts playing the song starts to sound like a ‘record’. Jason Mariani recorded and engineered the album at his studio ‘Carbonite’, and Jason is someone who understands ‘chickpeas without hearing chickpeas’ (Turkish proverb). They are extremely resourceful and knowledgeable. We usually started around 11 am, recorded until 7 and went to dinner from there. Ojai is a tiny place, life is easy. One day at the studio (Carbonite), while Jason was configuring the channels, I was replying to some work-related messages on the laptop and Simon showed up. He took one look at me, then went to the kitchen and brought a wet cloth from there and handed it to me before entering the recording room. 🙂 I saw that my laptop was full of dust etc., he gently said ‘wipe your screen’ to me. Such meticulous guys.

● I struggled to find a music video for your latest release. Are you planning to film any soon?
There are a few actually, mostly of previous songs, at the YT channel ‘Barista Beat’. Doing a more upscale, professional video, well it’s all a matter of time, but before that the fact that I am disturbingly intimidated by the camera and find the shooting process literally painful. So even if I do do a video, I don’t think I would be in it. When I say this to my agent, she says ‘then what’s the point’? So, sorry if I don’t have a clear answer for you, but ultimately I would like to do just one and pick the right song for it.

● I won’t deny that you’re doing a great job with your solo project, still, are you planning to add members someday?
Thank you for your kind words. I think given everything else that I have to balance in my life, it works as it is. So, I’d say no.

● Finally, thank you for the chat and tell us more about your upcoming live plans.
I have been working on the next album, while the two remaining volumes of Open Sesame are yet to be released. I should have the demos by the end of the month. I have 32 song sketches now, but I will keep the next album smaller (8-9) and start recording them in January. So maybe next year we will have a few shows starting in Turkey. Let’s see what life brings. Many thanks for having me here!!!