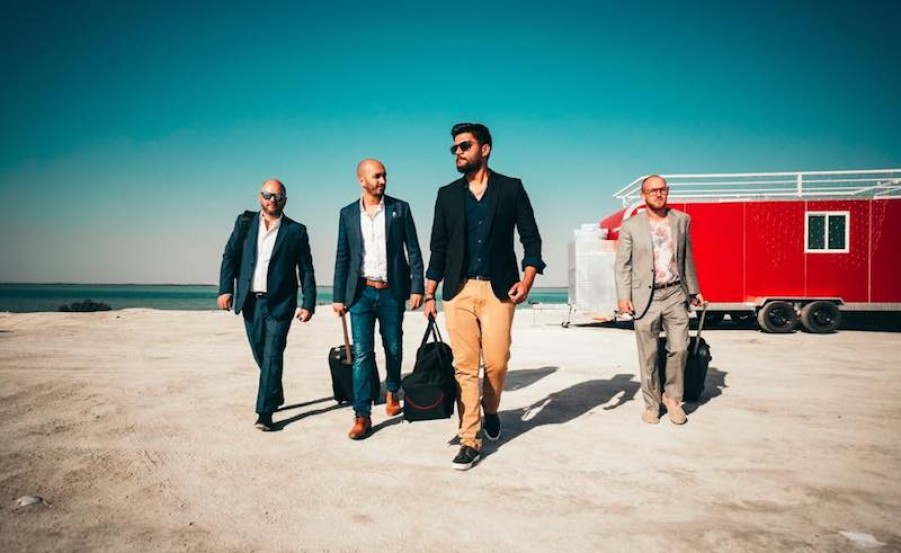 Carl & The Reda Mafia is the band formed in 2014 and since then they are unstoppable. The already published some successful singles: ‘Lies’, ‘Tunes From Neptune’, ‘Runaway Baby‘ (Bruno Mars cover), ‘Avicii – Wake Me Up‘, and finally, there it is: What The ?!, album with the fresh funky sound, and beats which makes you want to put some shiny shoes on your feet and dance all night. The band members are – Carl Francis, who’s voice is a mash-up between Jamiroquai and Lenny Kravitz, Tarek Reda, lead guitarist, who brings that fresh funky rhythm, Christos Asimakopoulos, bassist, who represents the school of the great Marcus Miller, and for the beats is charged Abimbola Durojaiye, making songs alive and vivid.

The album has ten tracks, that are not very colorful, but yet, they strongly represent the funk culture. In my opinion, they should maybe mix some styles to make them more interesting, like in the song ‘Moo Point Of View ft Inphinix’. Inphinix brought old hip hop wich combines perfectly with funk, like the music of Erykah Badu. All songs deliver a nice vibe of rock n’ roll and with a pop flavor. The only negative point that most of songs looks kinda similar as music wise.

‘Let The Music Take Control’ is written for bad and sad days, when the only thing that can bring a smile on your face is good music with the awesome vibe. As a musician, I really liked this one. ‘We’ll Go In Peace’ has very hippie text and a strong rock n roll base, while ‘Starting New’ sounds a lot like Smokie, having acoustic, soft sound, while Carl sings gently and sadly about a fresh start.

At the bottom line, the album is pretty good. It has a lot of potentials to become a part of funk history, but it is strongly suggested to start making more melodically different songs. Other than that, it’s the great album for Sunday afternoons and Saturday night fevers.