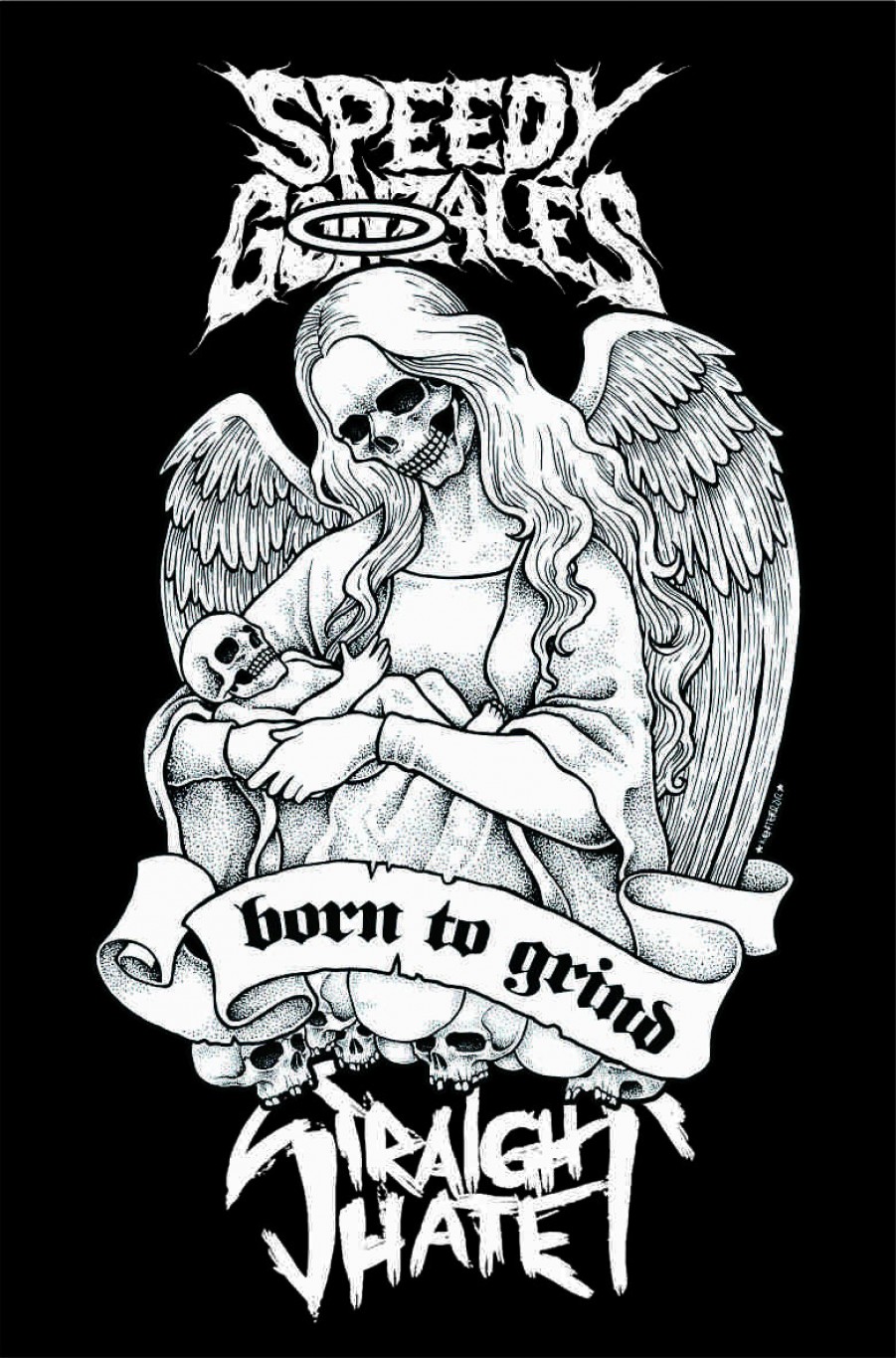 It’s the first time for me to listen to a Grindcore album, and hell I was surprised how it could attract listeners who are not fans of Grindcore. The album had a lot of positive sides and it was so different and unique.

Although the album contained 9 tracks but its length was just 12 minutes. 5 tracks for Speedy Gonzales and 4 for Straight Hate. Both bands are successful and famous among their scenes. This high cooperative will help each band to represent their musical selves to the world.

The riffs of the all tracks were highly powerful and attractive. You really will dance and jump high while listening to this album. The cooperation and the harmony between the two bands were great; you will barely notice any differences between the bands. To the extent that I felt that there was one band in the split, and not two. They had a similar style to each other, they made the music progress in the same lines, and they both had great high-pitched vocals. I was listening to organized noise.

All the recording process was excellent and almost perfect. The tracks were too short, though. The longest track in the album was 2 minutes and 14 seconds.

Nevertheless, you will enjoy listening to this release. My Favorite track was the third track in the album ‘Baptis Idiot Club’. This album highly deserves a 9 out of 10.