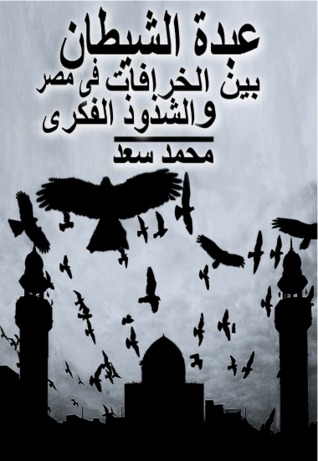 Case of 97, the sin that the Egyptian Metalheads have never done! The Case of 97 is a shortened reference to a Case of Satanism aroused in Egypt at the beginning of 1997. The main core of the case revolved around accusing many of Metal listeners and musicians in Egypt of Satanism, Destruction, Religion Insulting, Spying, and Treason. This case was like a knife tore the Egyptian Metal scene apart leaving it wounded and restricted for many years due to the widespread propagation of claims of Satanism. Promoting a series of lies has paved the way for a timeless inverted myth of Metal musicians in Egypt besides stereotyping the personalities of the Egyptian Metalheads.

Through the years of crisis, the action came from the media! BUT, Fortunately, a popular and respected name in the Egyptian Metal scene decided to take an action and refutes the wrong claims of media and society towards Metal in Egypt and analyzing and documenting the Case of 97 from different perspectives. On the occasion of the 23rd anniversary of Case 97, we present to you a book review of a figurative book about the history of the Egyptian Metal scene, “Satanism in Egypt..the Myth or Radicalism.”

In 2008, Mohamed Saad a.k.a. Egypt Slayer released independently and electronically a documentary book about the history of the incident “Satanism in Egypt”. Saad is not only an encyclopedic-mind person regarding Metal bands, Metal releases but also carries a natural-sense of a scholar, collector, and commentator. Through the book, Saad attempted to draw a balanced and objective map of the whole incidents and reviewing different perspectives of the incident, even from the perspective of the victim, the Metalheads without ignoring his own point of view.

It is highly rich especially for those who come across the issue for the first time. You can find a visual and written evidence and signs of the incident: hand-written paintings, hand-drawn comics, and early Metal memes, photos of the earliest Metal events in Egypt, samples taken from newspapers and magazines.

Although the theme of the book appeared to be somehow shocking and traumatic, the book reviewed the good phase of Metal in Egypt and the Middle East or the phase of cure and overcoming the dark crisis.

There is a useful and brief background about the new trends of Metal bands and events, in addition to mentioning the efforts of the Metal musicians to collect their heritage and to establish an independent musical platform for exchanging music and supporting independent Metal acts.

In general, the book is like a chance or a call for a rethinking of this incident critically and deeply without following the stereotyped mainstream patters of Metal and independent musicians.

There is no doubt, the atmosphere of Metal in Egypt is somehow better than the past, in addition, many Egyptian Metal bands had space in media and had space to perform independently. Yeah, there are some issues needed more reform, maybe the shades of Case 97 are still present among the mass, but, Metalheads of Egypt are capable of overcoming those obstacles.

Marc Schonbrun – The Everything Guitar Scales Book with CD

Rock of Ages: Movie buyers save your wages