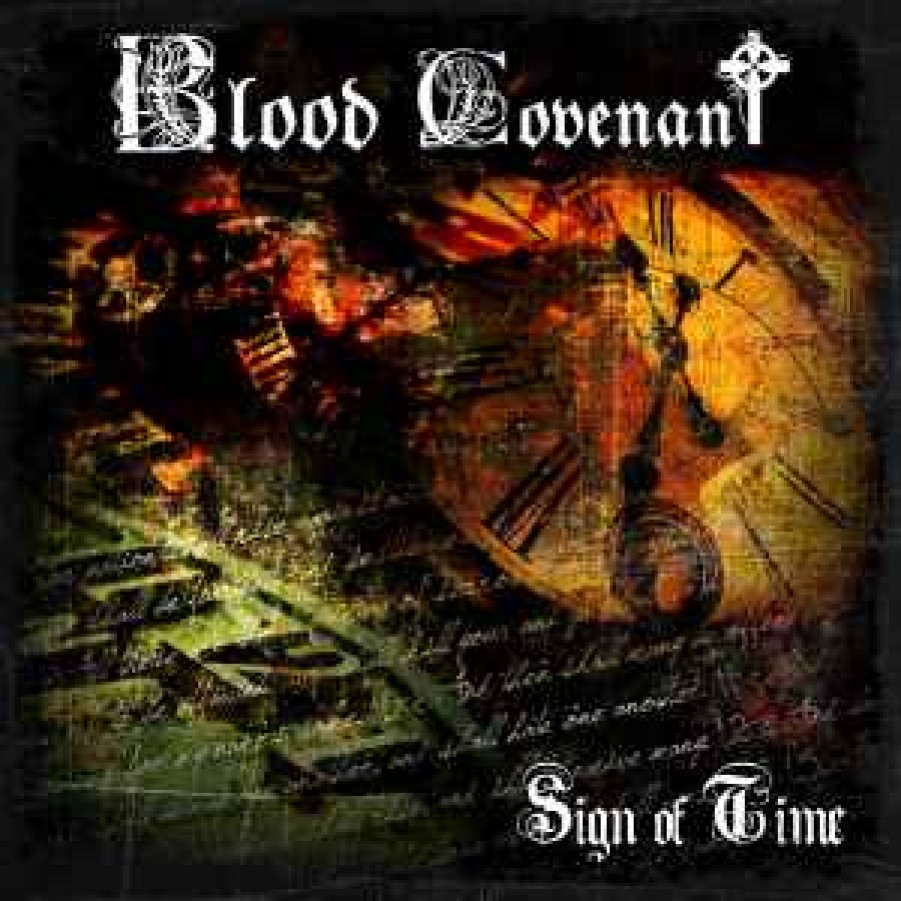 Well, Blood Covenant breaks all these odds, you can think of it as a revolution inside a revolution, and I like it. The band plays Symphonic black metal with Christian lyrics! That’s right, they aren’t depressed or heathen, and they don’t even wear corpse paint, and they’re symphonic. How unblack of them!

They were formed in 2001 in Yerevan, Armenia and the current lineup is as follows:

They were formed by Segør and were called Iron Cross. They consisted of three members

…but have underwent lineup changes since then.

Now the concept of the album is fairly obvious from the title, combined with help from Google Translate as the album is in Russian, it’s about the end of times coming near according to biblical signs, which is a novel concept in my opinion and when combined with the insane music makes for a great mix, which transitions me to the next segment if this review, the orchestration.

The orchestration is beautiful, with tracks like ‘At the cross’ showing heavy Middle Eastern influences probably referencing Jesus’ Nazarethian origins with a flute line similar to those commonly used in Egyptian Christian music, and others contain orchestral classics covered on guitar such as ‘Fall Babylon’ covering ‘Toccata and Fugue’ in the solo. On the other hand you have a track like ‘Golgotha’ which is a beautiful orchestral piece that I would recommend to a metalhead and a fan of classical music alike.

As for the band’s music, the guitars are insanely beautiful and often complicated with great tones. The drums are greatly written and played but the tone was too dull. I’m not a drummer so I can’t tell you what’s wrong but they are just dull especially the bass drum. The bass guitar was mesmerizing and I loved it, nothing much to say here. That leaves us with the vocals, which I honestly didn’t enjoy, they were trying too hard, too much effects and an attempt in being creative with the vocals, if they just sang in usual brutal death growls to be blackened death or use normal black metal screeching vocals it would’ve been great but their weird attempt didn’t exactly work out very well.

My overall opinion has to be that this is a great attempt for a band that isn’t that big and I would totally listen to it again as it was a magnificent experience full of emotions and I would totally recommend this album if you can take the vocals and the album’s avant-garde approach, but not if you’re looking for another black metal album.

Do they remind me of anything? Not at all, I was expecting to experience ‘Carach Angren’-ish music but it was completely different and I liked it.

Here’s my favorite track, ‘At the Cross’