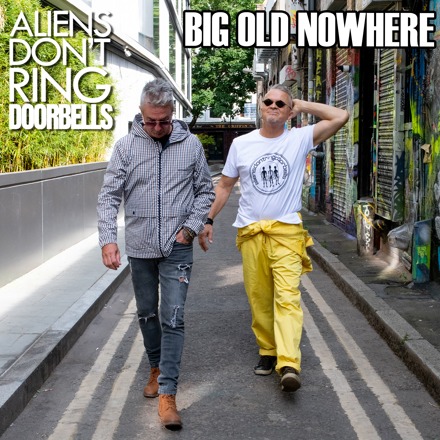 The upcoming band Aliens Don’t Ring Doorbells released a special rock-pop sensation from London, UK, on the 21st of October called ‘Big old nowhere’, which is definitely relatable, especially in light of the Covid-19 crisis. This is an independent Bahamas, UK, and Spain-based band, and It’s their second single from the upcoming album. They are creating a gravitational roc that inhibits nostalgia, making us appreciate their musical approach of bringing the old in the freshest way possible.

The song feels like a trip to the cool rock music that was being made in the 70s that usually makes it to American film scores. They really do feel so nostalgic but also new, especially with the pop soundscape in the song.  The song talks about the awkwardness of being in this world that is vast and confusing but it is introduced in a fun and lighthearted way. The overall sound of the song is upbeat and fun. The musical arrangement is dynamic, with a fast-paced rhythm and a pop-rock soundscape made up of a melody by an electric guitar and intense drums. There are backing vocals and the vocals are playful with the storytelling technique that has matching syllabi at the end of each verse which is an element we definitely miss in today’s music. Give it a listen for an uplifting vibe.