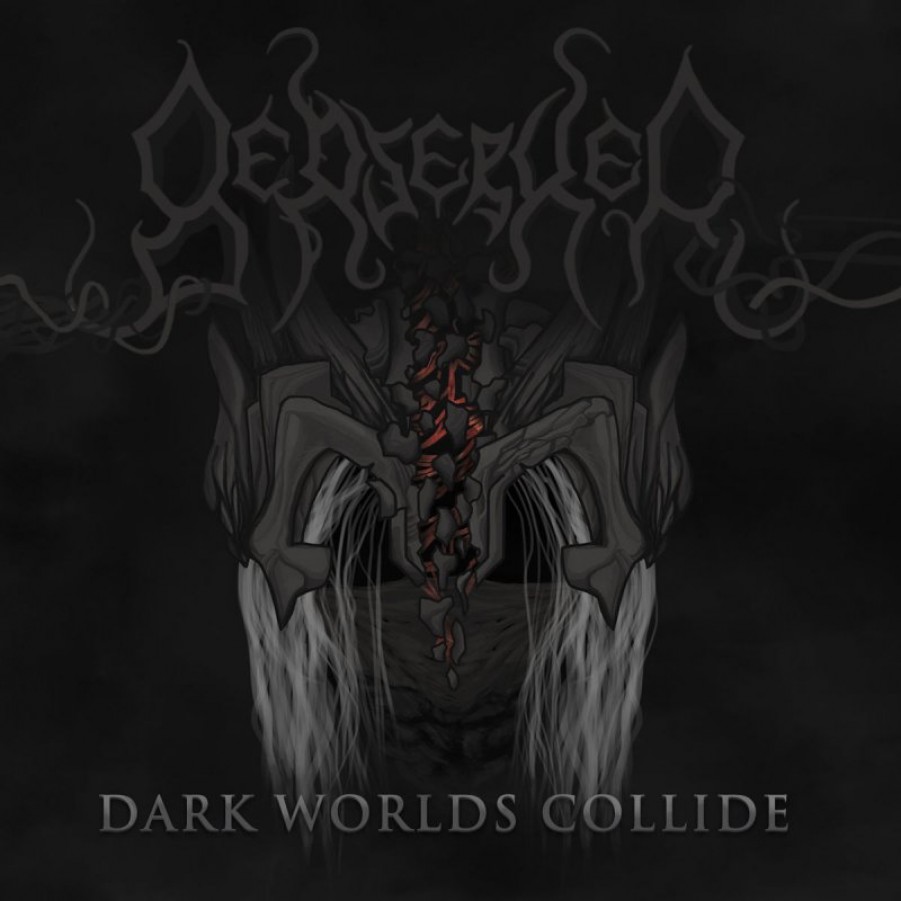 Berserker is a Symphonic /Folk/Melodic Metal band from Lithuania. The Band was formed in 2009 and they released their first full length this year entitled Dark Worlds Collide. The Album contains 9 original tracks.

The album discusses the theme of war and its effects and reflections. What about having a deep look at this album?
The intro of the album started in a symphonic /epic way with drums as war drums, rising tunes to introduce the disaster and the fatal crashes. Is it the end of MAN? Is it the END OF THE WORLD? Is it HELL ON EARTH? All these horrible questions, this simple magical intro simply reflected them.

Darkness swallows the world, hatred is eating this earth step by step, and the whole existence is involved in the crisis. Is it the war between life and death? And the epic is being told. That’s what ‘Dark Worlds Collide’ reflected with its symphonic riff mixed with tunes of guitars, beats of drums as war drums, attractive vocals and folk touches.

‘Warhell’ started with sound of war guns, weapons, explosions and fire. This track is the first speed track in the album. The riffs of the guitar are mixed with Folk touches and then at 2:04 the riff was turned to something as Symphonic choirs. At 3:03, we get back to the domination of the instruments with clear appearance of guitars, brutal vocals and strength of the guitar solo and amazing folk riff then back to the perfect mixture of Folk/Symphonic /Melodic Metal. The following track follows the same style but ‘Madness Machine’ had something very special. At 2:46, you will listen to a real conversation between the whole instruments and the vocals to give the way to the solo. Actually, it was a really good part that allows the performance of the vocalist to be really good, how she followed the riffs and movements perfectly.

‘Wolf’ is a very emotional track. It started with calm guitar tunes with riffs imprisoning your feelings and heart, it makes you move to a world that has no voice just the music of the track with magical vocals, touches of sorrow and broken, and lost soul that has no road with effective folk touches.

You can call ‘Prelude’ a second intro for the album because -as I understood- the album will take us to the land of the Vikings or the album will tell us a tale of one of the Vikings ship. ‘Prelude’ consists of some atmospheric touches as wind, sea, water, thunder, and waves. So now we moved to ‘Viking Ship’ started with an epic folk riff then the music was getting faster and harder. The guitars dominated the track and the riff moved between fast and slow something suitable for an epic story being told. This track contained a special part; another conversation between instruments. Just imagine more than one army conflicting together and every instrument represented each army and then you can distinguish who the winner is. Of course it is the guitar with its killing solo, then the music became slow. We’re back again to the symphonic music mixed with folk one, I loved the intro of ‘Mūšis už Žemę’ then you will listen to the same style of the band’s melodic music mixed with symphonic and folk riffs and touches.

Finally, it’s a very good album and I highly recommend it to you. Regarding the rate, it’s 7 out 10.