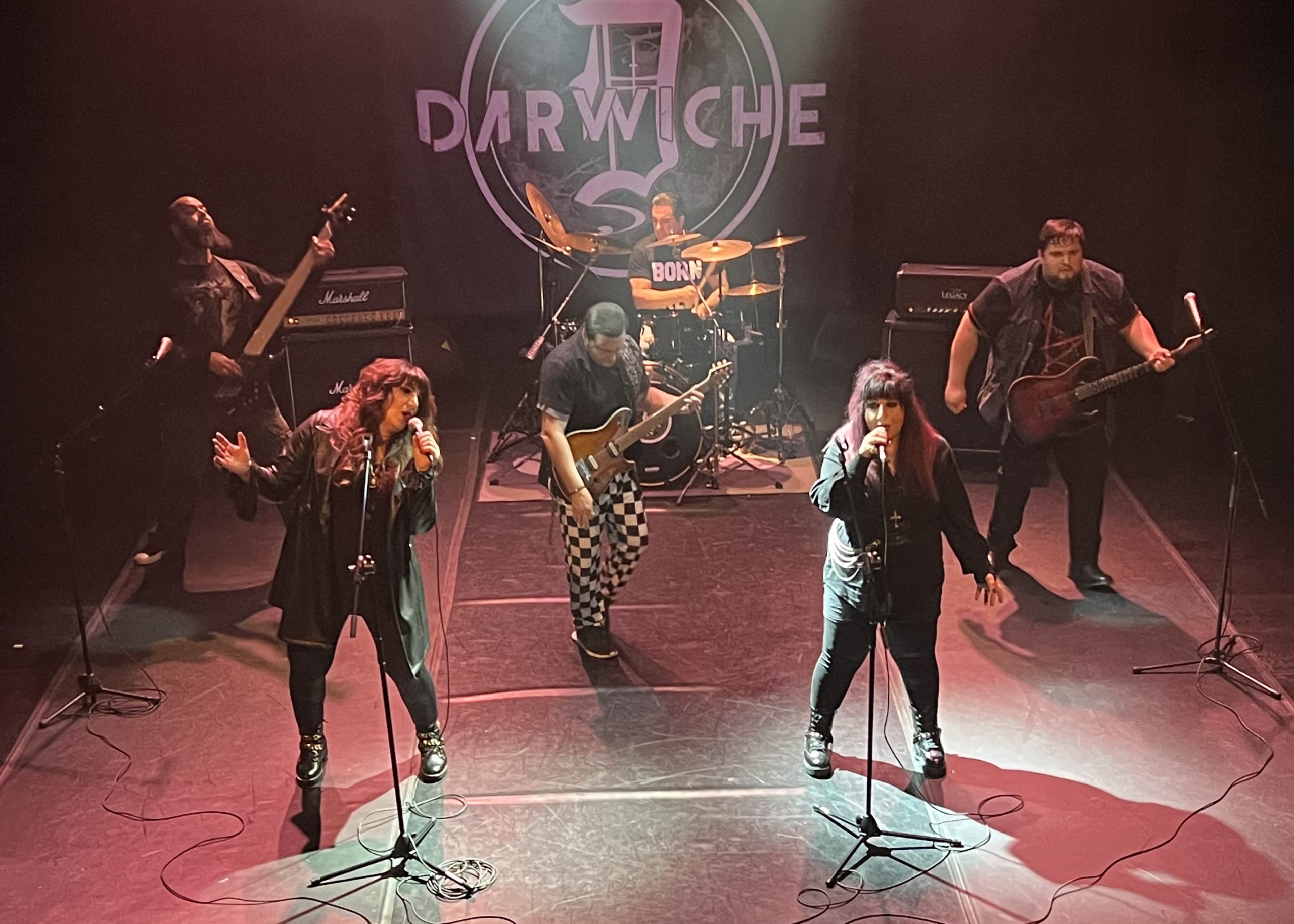 Seeing numerous family businesses nowadays is a case of age, but a family band is quite some rare thing to occur.

Originally formed as a “Swedish Metal Mafia” by the artistic siblings “DARWICHE” a heavy metal band from Sweden -though the name an Arabic one- that consists of the original four forming sibling members Fadi ‘Freddie’ Darwiche on drums, Gassan ‘Gaz’ Darwiche on lead guitar and Patricia Darwiche and Jaqueline Darwiche on vocals. Then they were later joined by Jays Traas on rhythm guitar & backing vocals, then Simon Niklasson on bass.

The band released three tracks in 2021, their debut was “Follow The Herd” which is an amusing track that stimulates the symphonic metal bands, beginning with a marching band of drums influenced by melodic riffs to declare the flaming summon of the DARWICHE in the Swedish metal scene. Melodic guitars along with rhythm guitars play like a hurricane through your auditory canals.

The second track DARWICHE released was “Sign of The Seven Seals” with more melodic synths than “Follow The Herd” and not as heavy as it is. With remarkable vocals of the sisters Patricia & Jaqueline that reminds you of your childhood favorite anime theme tracks just by hearing their vocals along with the melodic skilled guitar licks.

Releasing their third track “Taking Your Life” with an epic space arcade video game Intro that is as fast as a spaceship that is leaving the planet, just as the meaning behind the track that is talking about death and its tragic true fear that camps around the tables. With more interpreted and psychedelic music, and most specifically the magnificent solo that played perfectly to match the mixed feelings around death and how people react to it just by thought.

DARWICHE released three music videos for their three tracks that were directed by Antonio Darwiche which emerged the band even more and faster in their early releases gaining an online presence on YouTube and Spotify.

Upcoming summer releases will be present as the material is being recorded currently as the band stated. The Swedish Darwiche’s emerged well in 2022, what would 2023 be like for them?