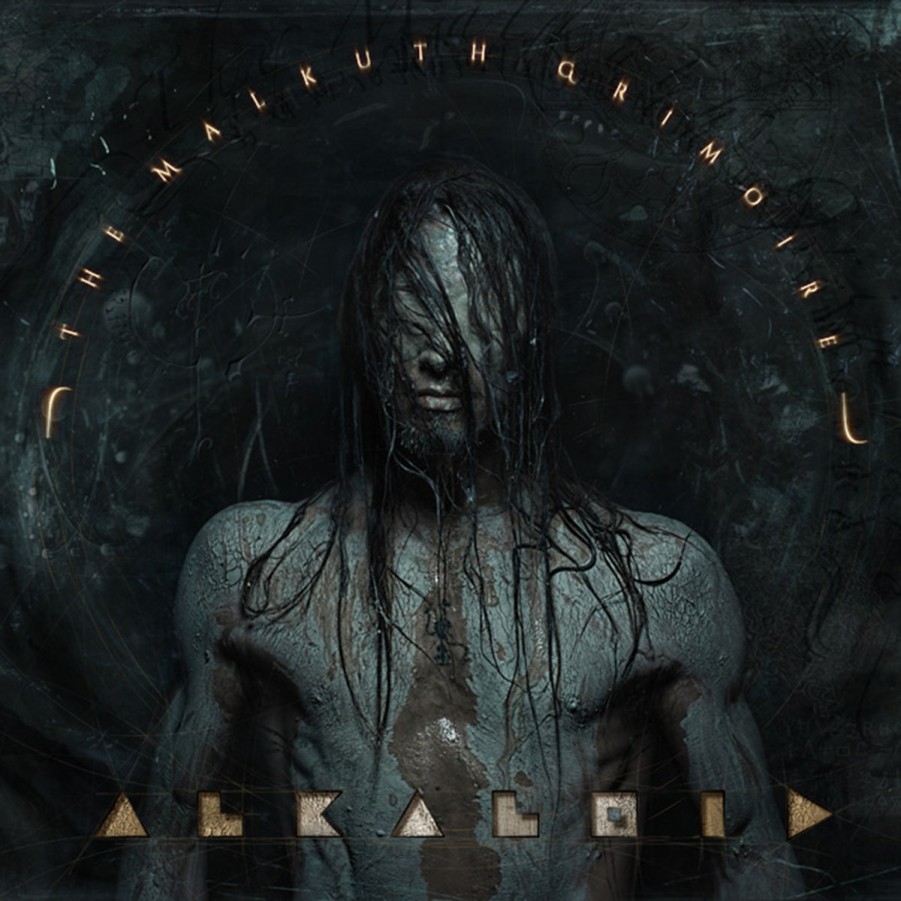 Alkaloid consists of the most accomplished musicians in modern metal. Hannes Grossmann (drums) and Christian Muenzner (guitar) boasting credentials as forming half of both Necrophagist and Obscura. Linus Klausinitzer (bass) from Obscura and Noneuclid, Danny Tunker (guitar) from Aborted and Morean (guitars & vocals); who is originally a classical composer and flamenco player – who plays guitar and vocals for the bands Noneuclid and Dark Fortress.

When Grossmann and Muenzner announced the formation of Alkaloid; I was skeptical. Given how each band member was already committed to multiple projects, the ‘side project’ tag pre-destined this band to the mass grave of ‘supergroups’ that failed to capitalize on their talent. Under reassurances from the band however – we now know that this is a permanent group and not some -one hit wonder- that will disappear in a few years. A few months after a Facebook account was created, the band announced what was to become a successful “Indiegogo” campaign (raising about $21,000 in fan contributions). Considering that these guys haven’t even released a record, it was a fairly impressive contribution.

So what is my impression of the record? The Malkuth Grimoire is some of the most dynamically diverse extreme metal you will listen to, period. The essence of this band is to exercise multiple, often divergent styles; a very bold but welcomed approach to an extreme metal record. I always found death metal records to occasionally overstay their welcome – yet because the elements that form The Malkuth Grimoire are so contrasting, this formula is sure to capture the attention of fans from across the extreme metal spectrum.

From Morbid Angel-like derivatives, progressive rock ballads, technical death metal fiestas to extreme metal epics, I have yet to come across a more challenging metal record to digest. Alkaloid fearlessly combined multiple stylistic influences with such inventiveness that while some ideas appear familiar; the formulas to devise them, both compositionally and technically, are unbelievably sophisticated. This is where the novelty of Alkaloid becomes really apparent, there are very few extreme metal bands incorporating so much dynamics and aggression all into a single record.

Given the versatility of the musicians, you can categorize this record into song styles. Standouts from each style include the technical death track ‘Alter Magnitudes’, the in your face pummeling of ‘Cthulhu’ and the progressive rock/metal epics ‘Dyson Sphere’ and ‘Funeral For A Continent’. In particular, the song ‘Dyson Sphere’ is unlike anything most listeners will hear on an extreme metal record. It introduces itself with seductively memorable hooks – almost reminiscent of Dream Theater or Opeth – followed by a cascading, upbeat progressive rock section and then (presumably as the robots come close to building this megastructure) it descends into a perennial vortex of death metal hell. Oscillating between 70’s progressive music and modern death metal has never been attempted so dutifully, and it sounds completely devastating. It is also worth noting that ‘Funeral For A Continent’ was a particularly well chosen closing for the record, a highly melodic track that includes a very tasty 80’s shred/fusion guitar dual, it would be interesting to see if Alkaloid adopted this sound even further in the future.

Speaking of guitars – the virtuosic trifecta of Morean (aka Florian Magnus Maier), Muenzner and Tunker is an inimitable combination. You almost run out of superlatives when describing how refined the guitar work on this record is. To the unaware, Muenzner and Tunker are some of the finest shredders on the planet, and fill this record with scintillating leads that reek of 80’s shred vibes (I must emphasize that I have never heard so many guitars solos on a death metal album). In the case of Christian Muenzner in particular, this is some of his finest work to date. Having known him as a player for 11 years now, it is amazing to see how his style has matured so much. With his involvement in acts such as Defeated Sanity, Necrophagist, Obscura, Spawn of Possession and now a prolific solo artist – Muenzner’s experience and technical ability is crucial to Alkaloid, I hope they can hold onto him.

In regards to Morean and Tunker, whom Muenzner refers to as “the most amazing guitar player I ever met, and “the most technically advanced player I know”, respectively – they were a very nice surprise to this record. Tunker I must say, completely blew me out of the water. It is remarkable just how clean and fast his playing is, the man is one of the finest shredders in the scene at the moment. It is also worth mentioning that although all three guitarists play multiple leads on the album; it would be nice to hear Morean play more leads in the future. Moreans guitar style is so infectious and distinguishable it would be a shame not to hear more of it.

While Alkaloid is a super-group filled with bursting personalities and overachievers, The Malkuth Grimoire is interwoven so elegantly that the blend of signature sounds makes every track a discovery on its own. In particular, we must applaud Grossmann for his fantastic songwriting skills and vision. ‘Carbon Phrases’, ‘Orgonism’, ‘From A Hadron Machinist’ and ‘Funeral For A Continent’ are all so different yet bear so much of his signature sound that it is hard to find a more prolific and capable songwriter in the extreme metal world. It is worth noting that he and Muenzner left the already established Obscura (and Necrophagist a few years prior) to start this band, a very risky business decision! Starting a new band is a substantial move; yet without taking these huge risks in life, dividends just never pay off.

We hope Alkaloid is here to stay, and given the remarkable maturity of this record, it is very difficult to imagine these guys disappearing anytime soon. Time will tell if The Malkuth Grimoire catapults this band into genre defining greatness, but whatever these guys pull off next, be certain that many more people will be waiting for it.