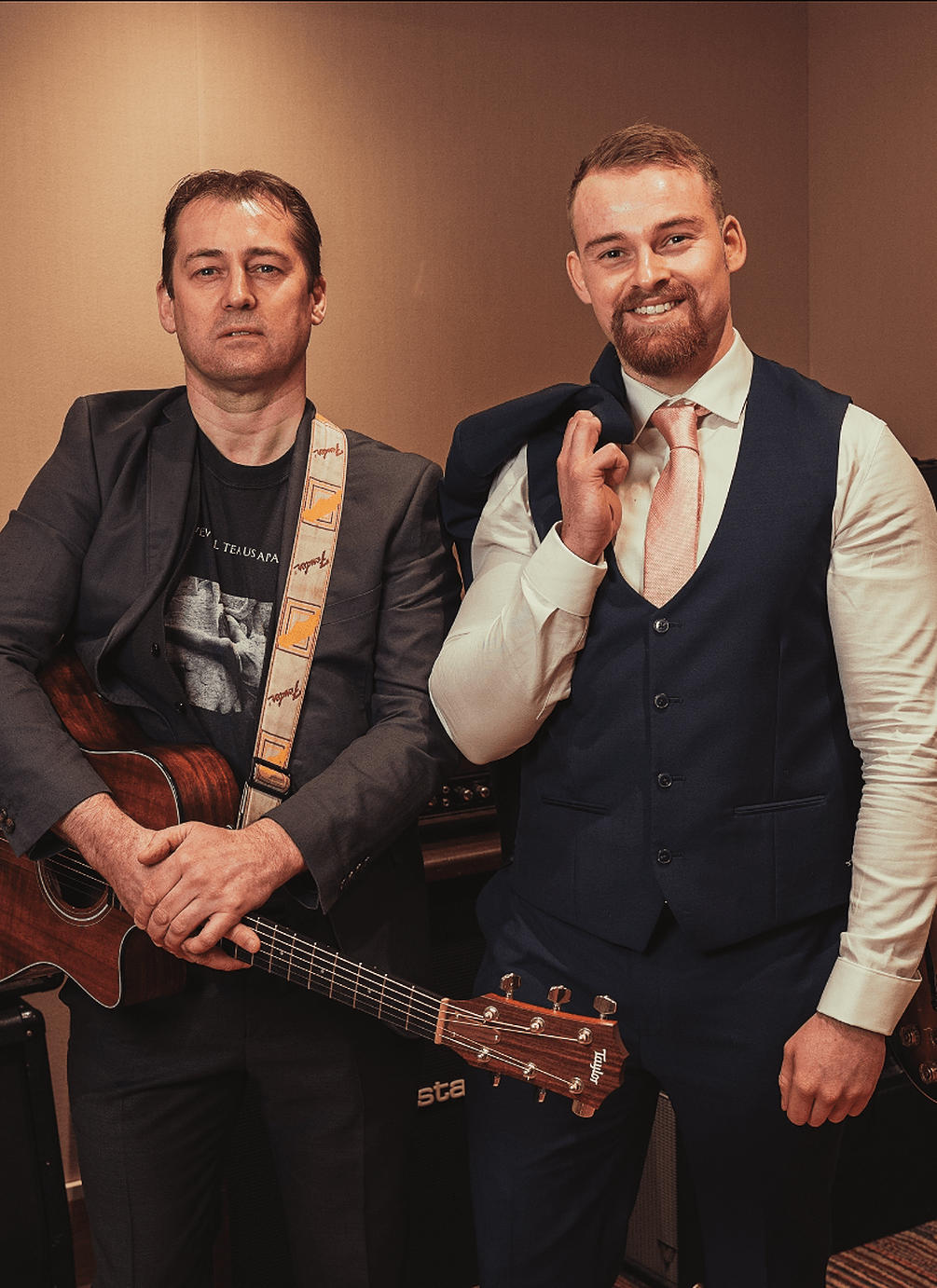 James and Paul are a musical duo hailing from Morpeth, United Kingdom, who recently released their newest album, “Tabula Rasa”. Tabula Rasa is the second album released by James and Paul. The lineup is James Brown on vocals and is the main lyricist and Paul Brown on guitar and bass (who also wrote the lyrics to their song WAYCA). I was shocked to find out that James and Paul are actually related! (father and son to be more specific). It’s amazing to see family members sharing their love and passion for music and being able to do what they love together. The album is compromised of 14 songs, a total of 55 minutes and 48 seconds of goodness to the ears!

After hearing the album twice, I have got to say I have a lot of favorites. The first song on the album and one of my favorites is “Modern Romance”. The hypnotizing vocals, and the impressive drum fills, there’s no better way to start the album! Another song that caught my eye was “Freeze”. I was completely enamoured with the acoustic guitar, which was super calming. Freeze would be perfect as an exit song for a movie. Another favorite of mine was definitely “WAYCA”, the addition of a female vocalists was a perfect touch, with both vocals intertwining into perfect harmony with each other. My favorite song from the whole album would definitely be “Please just…”. It was just 3 minutes and 48 seconds of synth goodness, it made me want to get up and dance to the groovy beat! Though I loved the song “The end” where it took me by surprise at the end with the electric guitars and banging drums, I did not necessarily like the mellow beginning as it did not embody the true vibe of this song, though towards the end I could not help but to like it.

In conclusion, I think that James and Paul are super compatible with each other musically and produced an amazing album, which will definitely put them in the spotlight. It’s super impressive that this is just their second album, and the future definitely has amazing things in store for the father-son duo.