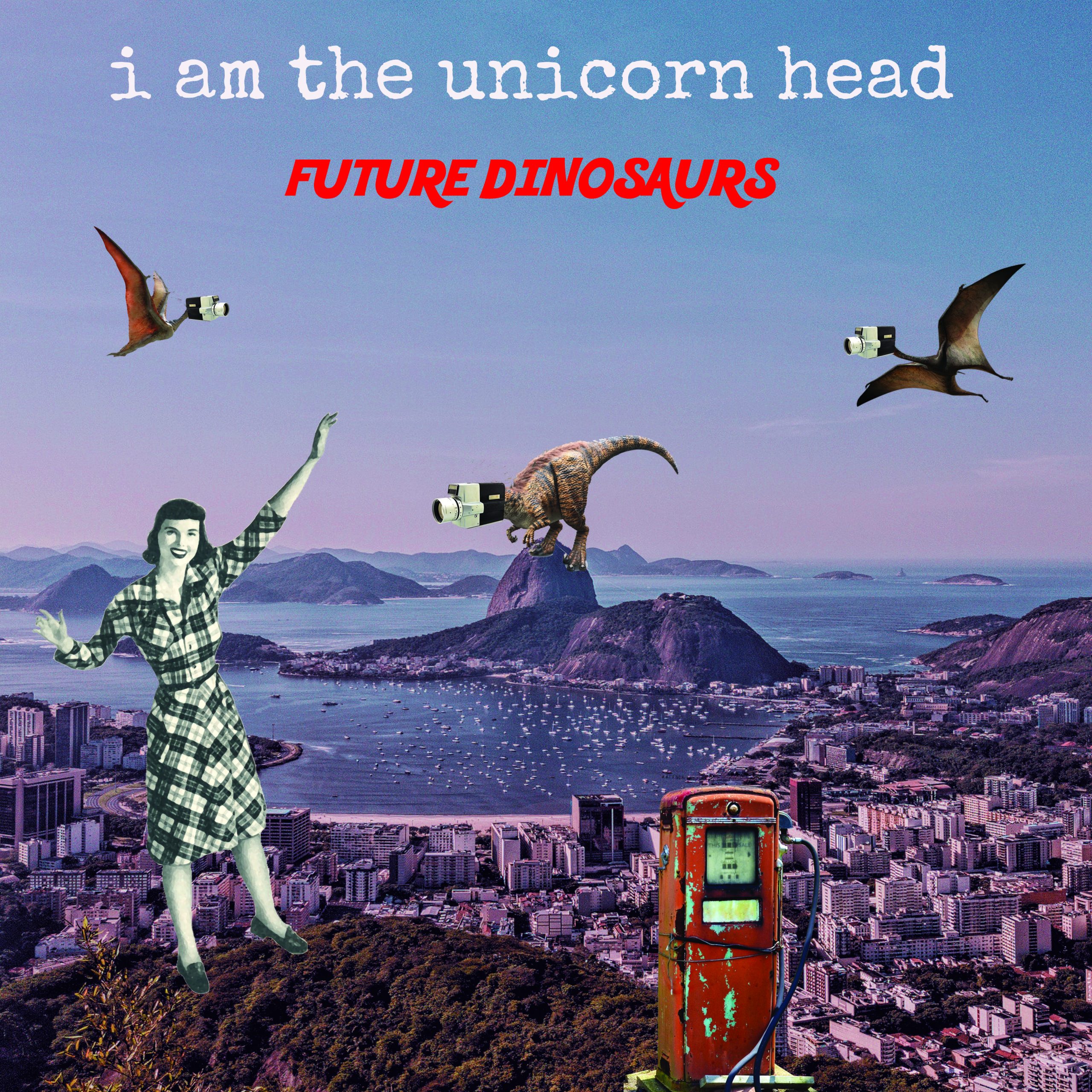 Since creating the duo band “I am the Unicorn Head” online in 2021 as a positive outlet to ward off mental health issues caused by the pandemic, they released their first single, “Eating Cornbread In Quarantine” in mid-August of the same year. The musicians have been noted by both BBC Introducing and PROG magazine for their eclectic and uncommon rock music, which has boosted the band’s presence and fan base.

“Future Dinosaurs” is the band’s debut album, recently released in 11 highly innovative tracks, that will appeal to anyone who wants to listen to music outside the mainstream. If you don’t know them, now is your chance. Several great tracks.

Composed of unique, crazy, and inspiring Garage Rock soundtracks and the mindset of Progressive & Alternative Rock, this album is like a box full of surprises because you never know what you might get, and that creates a sense of wonder.

At first, we can especially refer to the opening and closing tracks “Future Dinosaurs” and “Future Dinosaurs (reprise)”, as their vocal style and short duration remind me a lot of Pink Floyd’s album “Animals” with a distinct beautiful touch similar to “I am the Unicorn Head” themselves.

The track “Omnipresent” takes off strongly in the atmosphere of Garage Rock. Reflecting their uniqueness with their unusual lyrical ideas, the distinguished duo created a song heavy with impassioned vocals.

“BFF” is an old story about some people turning to God in times of stress or loneliness and others turning to the devil, in both cases you are no longer your own, but this path makes you want the devil as your best friend.

The psychedelic sound brought to us by “All The Right Things” will stick in our heads long after it’s over. It combines guitars and drums to weave a hazy atmosphere into a diverse soundscape. It’s like falling into a sonic well that fills you with comfort and warmth.

The psychedelic sound continues the “Eating Cornbread In Quarantine” track with strong pop-rock and indie rock tints in a great melodic arrangement and, using distorted keys, drums, and guitars, creates a vortex within a hazy audio landscape that addresses issues associated with life during the pandemic such as anxiety, loneliness, frustration and “boredom.” ‘, but with an optimistic tone in the background of the track.

“Passive Passenger” is one of those tracks imbued with indie rock, unleashed through veins with melodic high energy that the listener can’t resist. The original “Unicorn of Death” style surrounded by a hypnotic aura throws us back into a world of non-steroidal dreams.

“Falsehoods” reminded me of rock in the ’80s because of its strong, unflattering guitars, vocals, and melody. The music of “I am the Unicorn Head” is of absolute quality, the track is aimed at everyone who has felt lied to and betrayed, whether by politicians, friends, strangers, or family members.

“David Bowie” shows the band’s ability to push boundaries while their music gets stuck in your head. Gently creeping into your ears with the warm effect of an acoustic guitar, it glides into a misty, slightly narcotic wave that makes you drown in the sound, while the underlying rhythms push you forward endlessly.

“I Fear God (is leaving tonight)” as its tribal drums mixed with feminine hymns evoke a feeling that alternates with sweetness and also brings me back to Pink Floyd’s song “The Dark Side Of The Moon”!

What we have here is a creative, serious, and exemplary production of the fun, unique and eclectic I Am The Unicorn headband that makes people smile and have fun despite the chaos in the world, so join this duo and have fun with them.