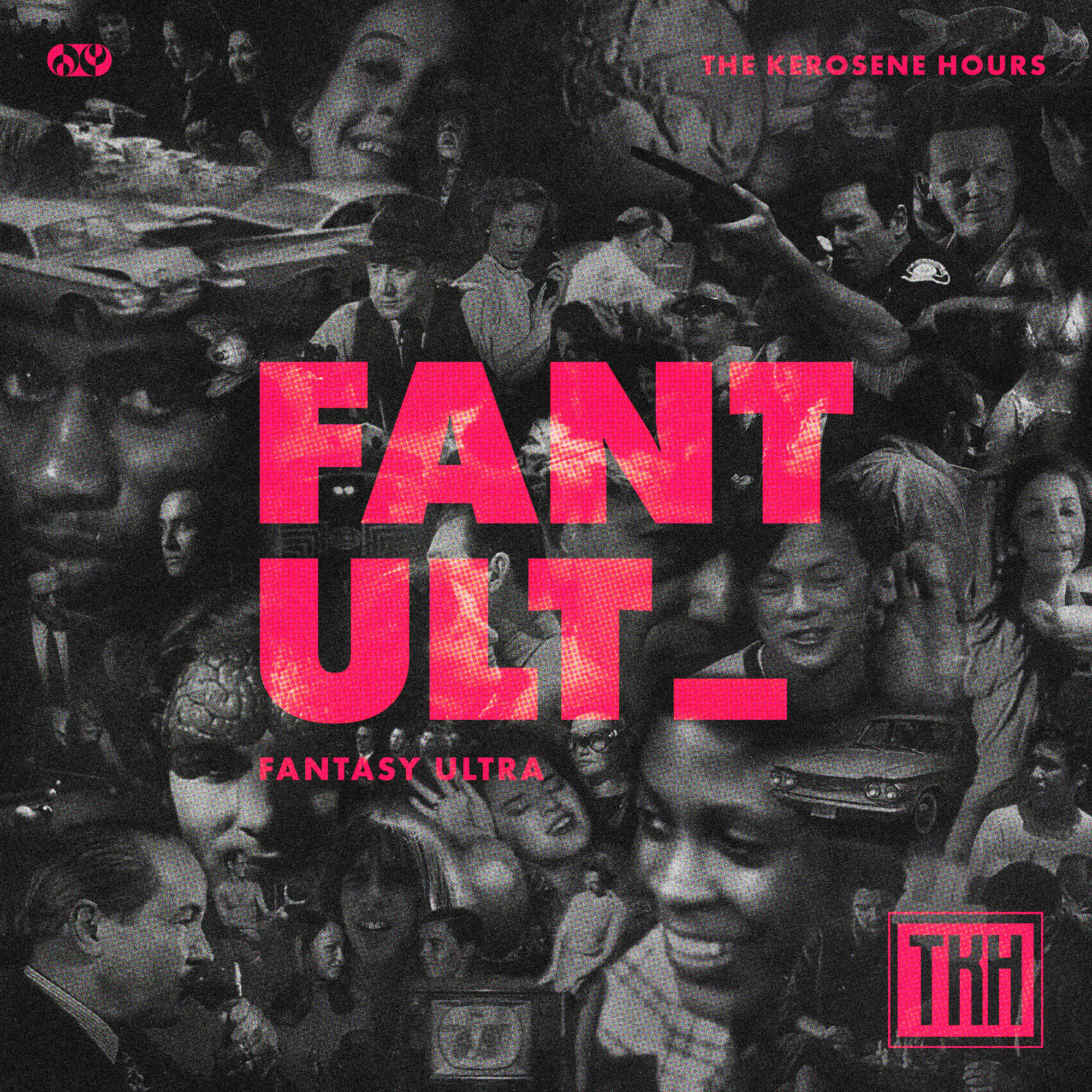 Los Angeles-based creative Aaron Silverstein, a freelance art director, WGA writer, songwriter and music producer is someone with a huge background in basically everything ‘art’…and this time around he’s creating a dark world of synth, with hints of rock and pop elements…his creation is quite a big deal, it’s his latest release, a 13 tracks album called “Fantasy Ultra”.

Aaron wanted to ask questions with his new album, almost all of them are hard, but if we don’t think about these questions, we’ll never have a glimpse of an answer…

What do we want to do with our lives?

What makes us who we are?

…Who are we really?

They seem like pretty impossible questions at first, but I personally believe that people like Aaron, people who ask such questions…they reach faraway places than the rest of us.

Aaron wants to explore his art and wants us to explore ourselves, at least that’s what I got from his latest album’s direction.

“Fantasy Ultra” is many things…and we’ll take you right into the world it creates and all of its building elements…let’s go!

…and epic start to the album!

It’s a vintage sampled 30 seconds voice clip, that sets the scene of what to come…

…the voice clips distort at the end and take us into the second track, which is the first actual song of the album, the song is called “You Were In My Dreams Last Night”.

The song has elements of rock, present in the drums, it also has a very strong presence of synth bass, synth pads, synth effects and sounds.

“You Were In My Dreams Last Night” has catchy melodies all over the place, the verse is catchy, the chorus is catchy…and I love the vocal effects especially when we hit the chorus.

The melody sure is catchy, but I also want to mention the very catchy chord progression and bass line, tight.

It also has a guitar solo, the guitar has 2 tons of effects on it…and I absolutely love it.

On to the third track in the album…”Romantic Fantastic”.

…even before listening to the actual track, isn’t that a catchy title?

This track starts out with a filtered guitar riff that will force you to sing it in your mind for hours to come…again, the vocal melodies are always on the catchy side of things, apparently, that is one of Aaron’s goals…to have catchy melodies across this album…

Let’s not forget, Aaron wants us to ask important questions and wants us to explore ourselves…now that makes sense that he created very catchy vocal melodies, so we can always go back and ask ourselves these questions.

“Hello Crazy” is the fourth track in the album, and it starts out with a different mood from what came before it…the song is faster, upbeat, the vocals go wild here…it feels like a mix between Kaleo, synth pop and punk rock…what a very unique mix…

“Hello Crazy” has a bridge that introduces a fresh breath of transition in the song, and also serves as an excellent buildup for a return to the chorus, and acts also as an outro to the song. Brilliant.

The next song masterfully controls our energy and emotional levels and brings them down a bit…”The Radio In My Room” has a more pop-rock-ballad direction to it, with huge anthemic parts in it.

Aaron’s focus on vocal melodies is definitely in the right place.

The next track “Dance For Money” is a melancholic soft song, it focuses on our emotions.

The song has a slower tempo to it, the vocal performance feels like Aaron is performing on stage in a play…this transcends a normal song.

Even the vocal effects are used masterfully to deliver emotions of loneliness.

The next song “Pretty Ghost” feels like it came out of a movie soundtrack.

It has cinematic elements and a cinematic approach.

Around half way into the song, a big chorus hits you right in the face…it was exactly what I wanted to hear.

I gotta mention that Aaron’s vocal performance is so flexible among the tracks, it’s absolutely fantastic. Aaron will perform one song like a pop song, only to perform the next one in a cinematic way, then onto a more punk performance…his vocal flexibility is impressive.

“My Dirty Car” marks the return to the more synth-pop-rock direction.

The steady beat, the synth pads and synth sounds build a lush base for Aaron’s vocals…and some very melodic and ambient guitar lines.

The verse is serious, but the chorus has some uplifting energy to it, that’s an attractive  mix of energies.

…aaah, finally! I was hoping for another sampled voice clip and I got it with the intro of the next track “Imperfect You”…

The song gives you ‘bladerunner’ vibes…again, it has a cinematic soul to it…but maybe this time, it could be a perfect fit with a trailer of a big AAA blockbuster…Aaron-as I said in the very beginning-is crafting a big world and we’re invited to experience it…that’s exactly what’s happening.

This track has more electric guitar elements, with a bit of dirt and grit on them. I love it.

The song starts with rhythm guitars after the sampled voice clips, Aaron’s vocals come into play with a more of a talking-performance…sounds are building up in the background, rising, boiling…but never reaching a point of explosion, this is a more experimental piece of art.

The song has an unusual structure…a very avant-garde performance.

“Shimmy Shimmy Void” sucks us back into the fast, upbeat world and even adds a bit more to the energy…

The song has the energy of punk-rock…so get ready to jump and go crazy.

From an energy perspective, “Shimmy Shimmy Void” goes up…and up…till it erupts at the very end.

If you are in the mood for going crazy…this one’s for you.

As Aaron has made it clear before, he is a master of controlling our energy levels…so after the energy burst in the last track, he’s taking us now for a more romantic synth ballad ride with “My Baby Is Me”.

The song took me back in time, and got me on a bit of a nostalgia trip.

The guitar rhythm is especially awesome in this one…and as always, Aaron is layering vocal lines perfectly, and hitting us with catchy melodic vocal lines here and there.

“My Baby Is Me” is a feel good song…and I felt good listening to it.

The next song is our last stop in “Fantasy Ultra”…

“I Don’t Wanna Go Outside” is the ending song of the album.

It starts out simple, slow, with a bit of an ambient feeling to it…around the 2 minutes mark it erupts into a crazy and energetic drum fill!

The structure of “I Don’t Wanna Go Outside” is unique, as the whole album controlled sour emotions and energy levels. This track in itself does the same…the track has several mountains and valleys of emotions, it’s a rollercoaster.

Aaron has proved that he is a master builder of musical art expression, he can control our emotions, our energy levels and our minds, through his catchy vocal melodies, awesome chord progressions, awesome synth sounds…

If you want to get lost in a world, jump into “Fantasy Ultra” and lose yourself to the music.

Aaron, we wish you all the best in the world…and a bit more.