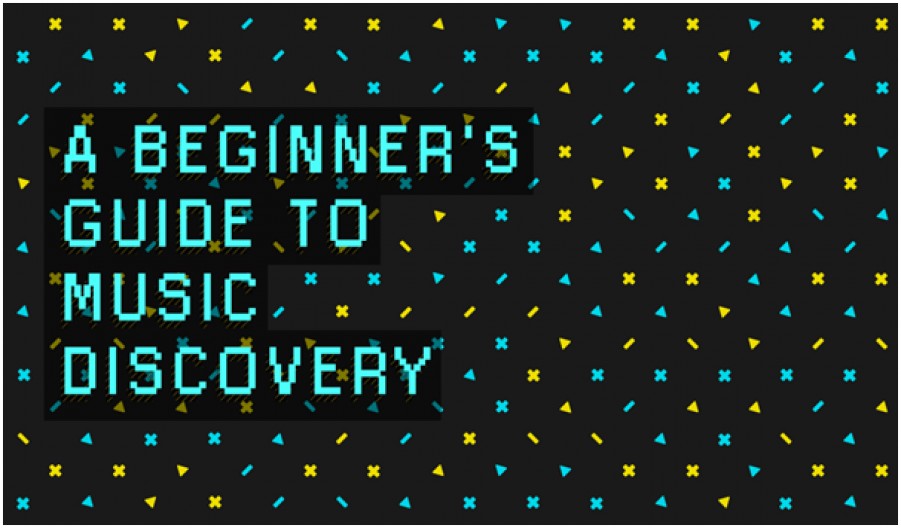 This is why I find it essential to never be satisfied with my music library, no matter how many great names it contains. I always know it can get better. As long as they keep making hard disks with bigger prefix-byte capacities, I’ll keep filling them.

And so, discovering new music is often a priority whenever I have free time. However, one thing I used to suffer from is just not knowing where to look, or how. I guess we all know that those Facebook posts and tweets asking for music recommendations are not always the best answer.
So how can you be able to find something which you know will exactly match your preferences, without wasting too much time, or getting lost in the messy streets of the internet? Here are some helpful methods:

1. 8tracks
While it might have a reputation for cliché playlists, once you’ve figured out how to use it, 8tracks looks exactly like the Indie music paradise that it is. With an excellent algorithm to predict your taste based on the genres you provide, you’ll almost always surely run into a song or two or even an entire 100 song mix that you’ll fall in love with, all mostly by artists you’ve never heard of before.

Not only that, but 8tracks users create playlists that are activity-specific, like studying, working out, or pulling an all-nighter. All you have to do is type in what you want in the search bar and you’re ready to go.

Based on playlists you enjoyed, 8tracks provides a long list of recommendations.

Because 8tracks doesn’t show the tracks of the list before you play it, users add tags of artists and genres included in their playlist to help you get exactly what you want.

This playlist and many others are not genre-specific, but do a great job in setting the mood for a long night of work.

2. Musicovery
This is where you go when you need songs to match a certain mood. Feeling gloomy? Hyper? Cheesy? You have a collective list of moods to choose from, and with a click, you’ll have a long, and I mean LONG, playlist of songs that you can stream.
You can also filter the songs that appear to you on the mood grid by popularity, genre, and year of production.
Musicovery made it easy for me to find a song that is somewhere in between calm and dark – without having to spend any effort explaining to a friend what exactly I’m in the mood for. The mood grid just understands.

Floating somewhere between moods? This is the place for you.

You can filter by genre, year, and popularity.

3. Youtube
I know. Who the hell goes to Youtube to discover new music? Well, now you will. Start off with a song you know and love, and just take a look at the video suggestions in the right hand side. You’re welcome.

Starting off by a personal favorite, Youtube shows what other users who liked this video also watched.

In just under a minute, I stumbled upon a long list of songs, a lot of which I instantly liked.

4. Single Elimination
This is the most fun – however slightly risky – method of all. It stemmed out of my OCD-ish need to have my library containing only complete albums, not singles. So I started going through all the single songs I had and downloading the albums to which they belong, and more often than not, I meet my new favorite album. Despite how single songs don’t often speak for the albums they come from, soon you’ll have an experience similar to discovering Led Zeppelin IV through ‘Stairway to Heaven’.

5. Last.fm
We’re all familiar with the popular website which scrobbles the songs you play on your computer or phone to your online profile. While some may not see the point of such thing, for me it’s always been a tool of discovering new music by connecting with other profiles who have a high taste compatibility with mine. Last.fm also has a recommendation algorithm based on the music you listen to and what other people who listen to that same music listen to, so you’ll most likely end up with a lot of names to check out.

Going to the artist’s name, you’ll see their songs ranked by number of scrobbles by Last.fm users, as well as previews of the songs.

Last.fm’s ‘Neighbours’ feature allows you to meet people whose taste is highly similar to yours – now those are who you should trust for recommendations.

Unless you’re into instrumental music, most of us usually don’t bother to check out the soundtracks of series and movies, unless they’re the topic of the hour, like the case was when Whiplash, for example, was released.
However, series and movies are a great source of good music. For movies, you can pick the soundtrack to download based on the movie genre and your mood, and for series, you don’t even have to watch the series in order to get its soundtracks. I, for one, don’t watch The Vampire Diaries, but I owe lots of my favorite songs to its – seemingly endless – soundtracks.

Hated the movie? You just might love the soundtrack.

Whichever method you choose, I believe the most important thing you need to maintain is being open minded. Trust me, there’s absolutely nothing wrong with being, for example, a sincere metalhead who still enjoys a rap song or two, even if by what you consider to be a notorious artists, or with exploring a totally new sub-genre you’ve never heard of.
Set sail and keep your ears open, and the right songs will inevitably wander into your atmosphere.