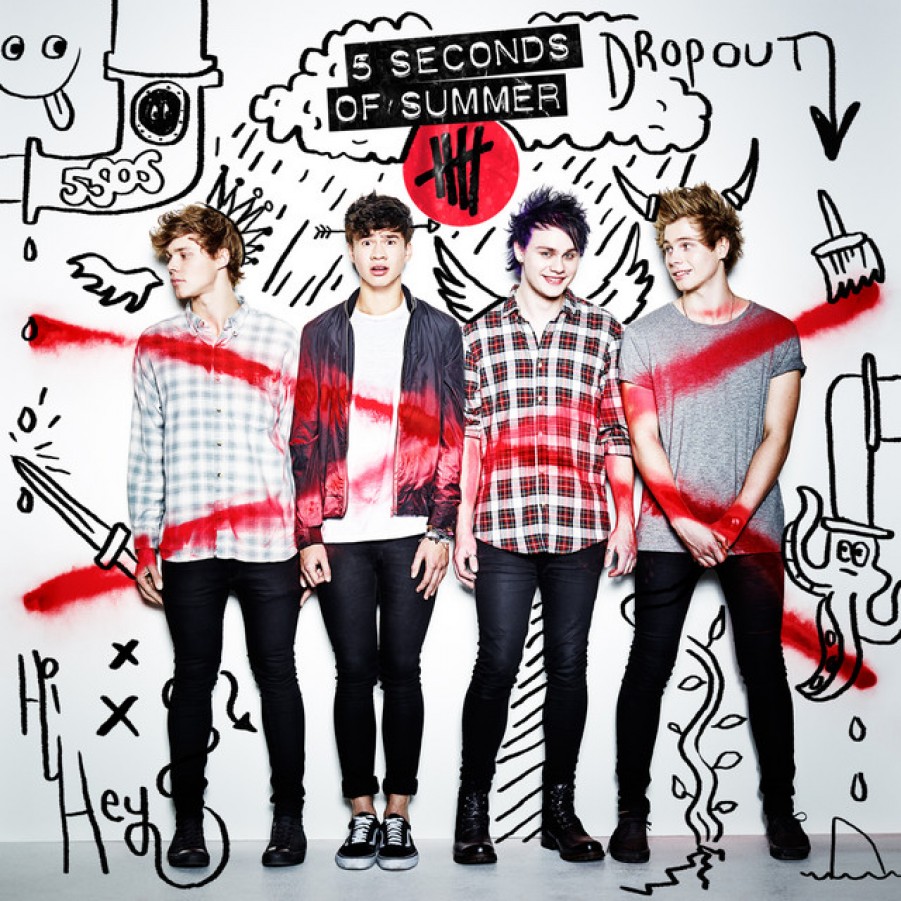 5 Seconds of Summer a.k.a 5SOS is a pop punk/pop rock Australian band that formed in 2011. Basically, they sound a bit like a denser version of One Direction. You can actually mistake them for One Direction, whether its the audio or the music video itself.

It all starts with ‘Hey Hey’ for about 4 times which is a pop music trademark. Somehow pop artists think ‘Hey’ is a word that means something. The video starts with the camera moving around the members while they are dancing around. Again, could not help but think of super-groups like One Direction. Then, you see bored people with an initiative to dance. So they take off their clothes, and dance in their underwear for the rest of the video.

Lyrically, the song seems to be about him and his girlfriend having a relationship. As they are too young to want to runaway, it is merely a love song. The video evidently does not match the song in any way. I tried to guess what the video was about then. My best guess is that they are trying to say that anyone’s body is perfect, regardless of the age and body size. It is certainly an already axiomatic issue. Are not you tired of pop musicians taking advantage of such ideas to sell their music? Even if that was the message intended, I bet there was a better and more elegant way to deliver it than using half naked people jumping around.

The director did not do anything new with the video. The way the camera moves at the time the band is performing or the people are dancing is one proof. It seems like there is only one director that directs all videos of that kind. It turned out though, as I checked, that it is not the case, but that is how it goes in the pop culture. If one thing worked for someone else, allow me to repeat it and it shall do the same magic. Unfortunately, those recycled and repeated ideas, music patterns, and music videos apply to the fans. This video, and 5 Seconds of Summer, are only recommended to pop fans. It suits fans with taste to One Direction, and not highly recommended to Rockers.