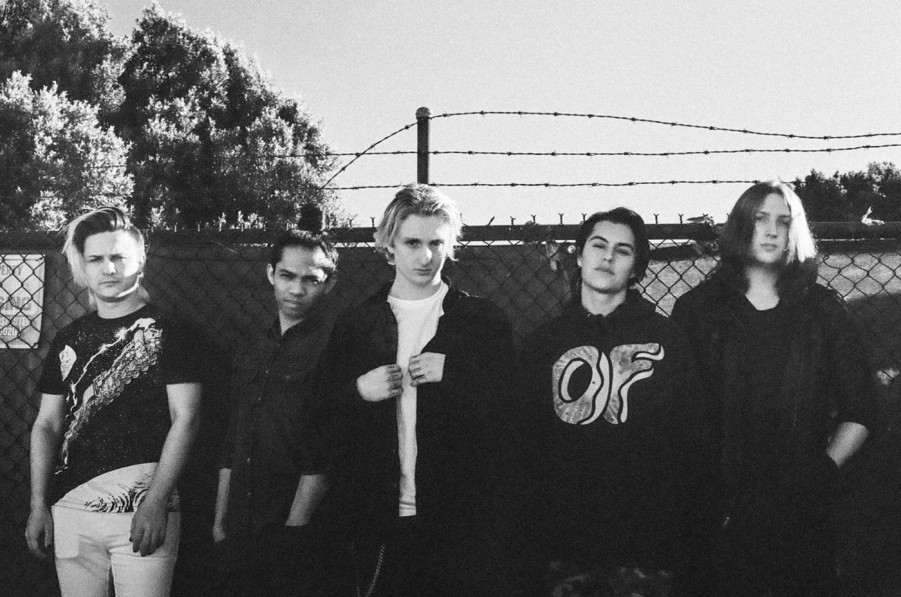 Finding inspiration in the Russian hip hop scene that is boiling with anger and creativity, “Цепи” is as mystical as the dark side of the moon. It oozes angst and rage, thrashing against the drums and heavy metal guitar riffs that gradually get harder, finding solace through Finnegan Bell’s vocals, a kinetic field of sinew and muscle. “Цепи” is a scary track in its ferocity, owing to its originality the masters of the heavy metal genre, it breaks the mold by adding lyrics in Russian, as a trap backdrop to the angsty metal culture ripping through the death grind lead and backup vocals.
Love Ghost is not shy of heart-blasting tracks and in-your-face lyrics. Their bravery comes from their destructive desire to change the world. Finn’s fragility walks the thin line of making a unique, adrenaline-driven track that exhibits enough righteous fury to aid its creation. “Цепи” has its moments, where the dark pulsing drums rub shoulders with the haunting bass riffs. With all its contradictions and controversies, “Цепи” proves that Love Ghost are not simply here to play fast and get it over with. They create music that resonates through thick and thin, and their songs are the perfect companion for a ride across the crazed modern world.