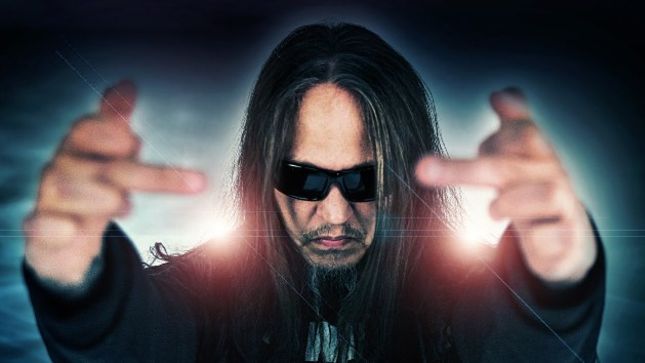 After a few days, Legendary Hypocrisy will meet their fans in the Middle East for the first time in Dubai. The announcement of the concert went viral among Middle Eastern Metalheads. In cooperation with JoScene, Rock Era Magazine had the chance to speak with the legendary Peter Tägtgren Hypocrisy founder, composer and fronted-man a few days before Hypocrisy concert in Dubai. The concert is organized by the leading JoScene and it takes place on September 20.

REM: Thank you guys for giving us this precious chance, before starting our short interview with you; what is your impression about the Metal activity in the Middle East? How do you see the feedback of announcing your concert in the region?

Peter: I really think it was very necessary to come over there and play since we never really had any good connections with promoters in that part of the world so for us it is really a good thing that it is happening right now. We have people who can put it more on the east side, it is very exciting, and the response from the fans on Facebook is amazing.

REM: Last year, you mentioned in one of your interviews that your upcoming album will be released around the summertime, so can you tell us and your fans what is the latest news of your upcoming album? What are its themes? Does it carry any surprises for the fans?

Peter: Yeah, we are a little late, but I would say it will be out in March/April. It is a little bit more going back to the feelings of 1999/2000 and it feels still fresh for us. It is really exciting, the themes are really different and, it has to do with medicine, Pharmacy but from the conspiracy point of view by the pharmaceutical producer.

REM: You seem so active this year, you performed almost around the globe: Asia, North America, and Europe and this month you are in the Middle East, How do you manage your time? And what is the main difference between each scene you performed?

Peter: We have been pretty much everywhere without even having the new album out! It is really hard to make time for all these things but we do our best to do that in the best ways possible. We tried to squeeze up as much stuff as possible and the next year with the new album’s stuff, I think we will come back to the most places we are performing in. It is really tiring but it is also very exciting I guess that what really keeps us going. I mean every country in every region has its own way of doing things but in general most of it is very loud and exciting, the more East you go the more crazy people go I would say.

REM: Which scene was surprising for you among the countries you performed in?

Peter: I don’t know right now but during the Russian tour every city was going crazy for us. We are blown away, it is really good.

Peter: All Hypocrisy members were part of other bands or projects, as musicians how is challenging it to be part of different projects?

Horgh originally played with IMMORTAL before Hypocrisy. Mikael (Hedlund who plays Bass) was never in other bands out of Hypocrisy (except in WAR and The Abyss with me) and nowadays concentrating on his work in the band. Working on other projects is different from what we do in Hypocrisy because we get to work with different people and play different music, but it is a refreshing experience and makes you grow as an artist (or musician) in general.

REM: In your point of view, what are the challenges that face rising musicians nowadays?

Peter: I would say that a 4-year-old kid can play as a 50-year-old experienced guitarist nowadays but the problem is that they just see and they learn and practice and they can do the main stuff. The problem would be to get good songs in the future because you can practice as you do but it should be in the soul! You can always be good at anything by learning it as the people do but when it comes to creating your own music, I think it will be a little bit of a challenge for those who don’t have it as a gift.

REM: Are their certain rising bands that you expect a bright future for them? Which one of them is the closest to Hypocrisy style?

Peter: I really don’t see what other people are doing, to be honest; I haven’t seen anything new that blew my mind away in a long time.

REM: Are you in contact with any bands from the region? And if you are asked to participate in one of a Middle Eastern Metal band releases as a guest musician or as a producer would you accept? And what are the features of a successful Metal band from your point of view?

Peter: Not really, to be honest like I told you. I really don’t look around what other people do and nobody has shown new stuff that I really got into myself. It is really hard as I am always busy with everything else. It is hard to fix this.

Peter: I mentioned it will be out March/April hopefully and we will try a tour around the world to promote the album, it will be over 2 years, I think we will start with North America and after the summer festivals, we will go to Europe.