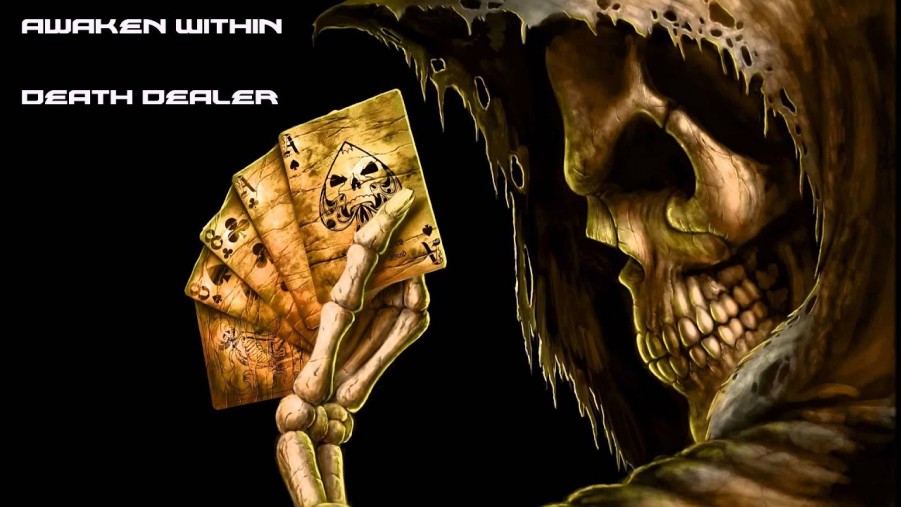 Awaken Within is a new metal band formed this year. The band is a collaboration project between 2 countries, which are Egypt and The United Kingdom. The members of the band are Amr Medhat, Paul Martin, and Ryan Thompson. The idea of Awaken Within is reviving Heavy Metal music such as Iron Maiden‘s, Dio‘s, and Judas Priest’s and mixing it with modern elements. The band released 2 singles and they are getting ready for releasing their first self-titled EP which carries 4 tracks: ‘Utill Victory’, ‘Shadowmoon’, ‘Night Of Glory’, and ‘Sea Of Lost Souls’. They will release their first full-length Eye Of Prediction next year.

I will start with their first single ‘All For Nothing’. First of all, when I listened to the track I found that the music was so familiar, it carries the essence of Iron Maiden’s and Dio’s music. Even the lyrics talk about the human war to save his being and humanity. In fact, even though the lyrics were familiar, I liked the idea of mixing between heavy metal music and new influences and synths. The harmony was great, the riffs and the melody were catchy. I liked the variety between vocals pitches. The movement of the riffs reflected the theme of human war perfectly. I would rate of this track as a 7 out of 10.

The second track is ‘Death Dealer’. It was heavier and faster than the previous track. Yet, it carried the idea of inner conflict. The tunes of the guitars were full of some sort of hatred and challenge between the good and evil. Even the music represented both parts perfectly by the vocals. The vocals try to conquer the music then there is a different pitch of vocals to represent the anger and the devil. On the other hand, the clean vocals reflected the good side. The solos were good. I have just one negative comment concerning this track in 2:12, 2:13 and 2:26 I felt the track paused and continued again. It was really something strange, I would rate it 8 out 10.